Introduction
Renal cell carcinoma (RCC) is the most common type of kidney tumor. The extra-renal type has been previously reported only by few studies. In this type of RCC, cancerous tissue is present in regions other than the kidney. Here we present an isolated renal mass (RM), which was primarily diagnosed as an adrenal mass.
Case presentation
A 52-year-old male presented with left flank pain, without weight loss, visible hematuria, and hydronephrosis was the case of this study. Computed tomography (CT) scan revealed a mass that could be either an adrenal tumor, retroperitoneal diagnosis, or a renal upper bridge tumor. The kidney mass was seen above the junction of the middle and upper renal bridges. Its surrounding was liberated from the Gerota. The kidney mass was independent and encapsulated of the kidney but adhered to its surface. It was gradually released from the capsule and was extracted. The capsule beneath the mass was intact, and the site had no bleeding. The mass was then placed in endobag and removed from port ten and the entrance of port ten was sutured during a six-month follow-up there was no hydronephrosis and no evidence of urinoma around the kidney.
Conclusions
Rare cases of extrarenal RCC which attach to the kidney Can be removed without any damage to the kidney.

Renal cell carcinoma (RCC) is one of the most common types of renal cancers, especially in Western countries (1). Although its incidence has annually increased during the last two decades, the overall mortality rates for RCC in most European countries have declined or stabilized from the early 1990s (2). Renal masses (RMs) are mainly detected through imaging modalities such as abdominal ultrasound (US), computed tomography (CT), or magnetic resonance imaging (MRI), (3). Symptoms such as flank pain, visible hematuria, and observable abdominal mass are rare today as indicators of RCC unless in advanced disease and poor conditions (4).

Extra-renal localization of RCC, which is defined as the occurrence of RCC in a lesion other than kidneys, is a rare case that has only been reported several times before. It was noted by other studies that the persistent mesodermal cells of renal lineage in the adrenal gland from fetal development, may be the stem of these cancers (5). Previously this condition has been reported in different locations. The first case of extrarenal RCC was reported by Terada et al., as a clear cell RCC with no connection with renal tissue. He reported a possibility of association of this tumor with a minute ectopic kidney (5). Hasan et al., demonstrated a nonmetastatic RCC, which was primarily diagnosed as an adrenal mass and was completely separated from renal tissue (6).

A 52-year-old male presented with left flank pain, without a history of weight loss, visible hematuria, or hydronephrosis CT scan revealed a mass which could be either an adrenal tumor, retroperitoneal mass, or a renal upper pole tumor. The patient underwent ureteroscopy under general anesthesia and a urethral catheter was inserted. Then in the flank position, open access 10 mm trocar was inserted lateral to the nevus. After the gas insufflation phase, peritoneoscopy was performed. Two five-millimeter trocars were inserted laterally in the proper place. The colon was then medialized, and the ureter was observed in retroperitoneum. The ureter was released along the kidney pedicle, and then the renal artery was released (Figure 1). The kidney mass was seen above the junction of the middle and upper renal poles. Its surrounding tissues were released from the Gerota. Although the kidney mass was independent of the capsule, it adhered to its surface. It was gradually released from the capsule and was extracted. The capsule beneath the mass was intact, and the site had no bleeding. By low gas pressure, the interior abdomen was checked for hemorrhage. The mass was then placed in endobag and removed from the ten-millimeters port and the entrance site of this port was sutured. A double-J stent was inserted in the lithotomy position. In pathology examination, nuclear grade 3, rhabdoid features, and RCC were confirmed. And in immunohistochemistry examination was positive (Figure 2).

Six weeks after surgery double-J stent was removed. Ureteroscopy showed no evidence of stenosis. One month after the double-J stent's departure, an ultrasound was performed again. No evidence of hydronephrosis was seen. Duodenum around the kidney was significantly reduced and the patient had no complaints of flank pain, hematuria, or fever. Six months later, the patient underwent a spiral computed tomography scan of the abdomen and pelvis. There was no evidence of hydronephrosis or urinoma around the kidney. 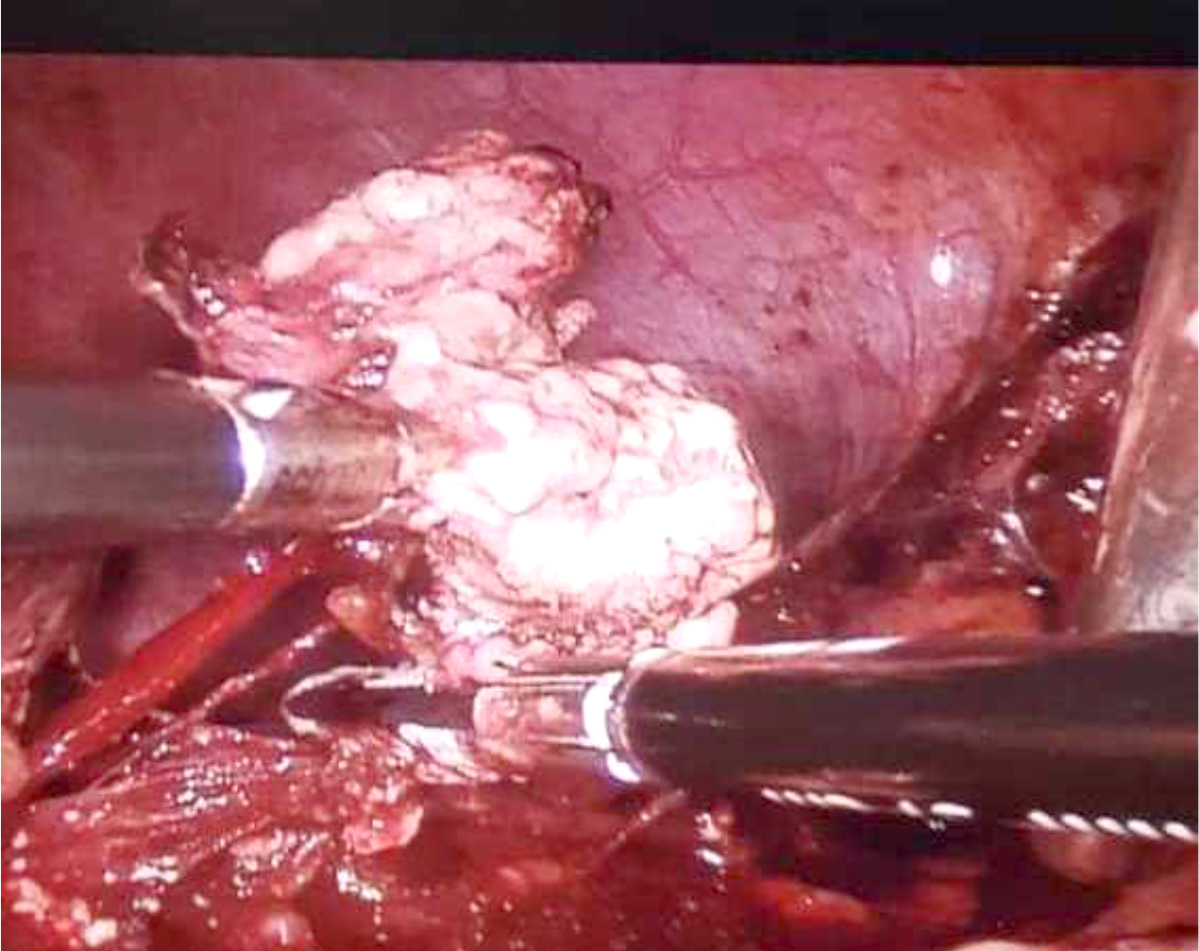 Figure 1. Tumor excision and closing the artery and its vein

At first, based on ultrasound results it seemed that the extrarenal RCC tumor in our case is a part of the kidney but during surgery, we realized that was completely detached from the kidney with the independent capsule. Although RCC has been infrequently detected in ectopic and supernumerary kidneys, there are only a few reports of extrarenal RCC attached to the kidney (10). Extrarenal RCC defines as a type that exists in locations other than the normal native kidneys, likely arising from mesonephric remnants. It is the hypothesis that extrarenal RCC carcinoma probably arising from mesodermal embryonic remnants (11). In fact, through fetal kidney development, pronephros, mesonephros, and metanephros exist, while the only metanephros continues and converts to the metanephric blastemal that make the normal postnatal kidneys. Strangely, the kidneys and the adrenal cortex have their mutual ancestor, the intermediate mesoderm. However, some mesonephric structures can be kept in postnatal life (10,12). These mesodermal cells of the renal line, once situated ectopically in the adrenal gland, can be developed susceptible to cancer transformation (10,13). Extrarenal RCC is very occasional, and our case as the attached apparently to the kidney but detached completely is an interesting one. Radiologic and ultrasonographic examinations were not able to detect this detachment. There is suggested by G. Nunes and colleagues that primary extrarenal RCC can be detectable by endoscopic ultrasound with fine-needle aspiration (14).

All authors had an equal contribution.

All authors declare that there is not any kind of conflict of interest.

All authors ensured our manuscript reporting adheres to CARE guidelines for reporting of case reports.